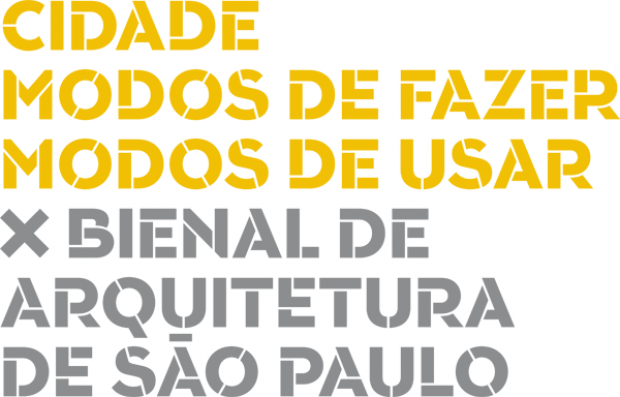 The Architecture Biennial has been an attribution of the Instituto de Arquitetos do Brasil (Brazilian Institute of Architects) for almost 40 years. This task was assigned and taken on since the first edition by São Paulo’s state department. In 2012, IABsp embraced the mission with the conviction that architects couldn’t be absent of the public discussion in the moment that the country is in.

After decades of crisis in Brazilian economy, we are living a period in which investment resources exist and materialize in construction works, which demands a firm position of architects as far as the construction of our cities is concerned. Therefore, architecture’s action in the qualification of the country’s construction process is more and more necessary.
If on the one hand we experience a leap in development, on the other the condition of Brazilian cities is of structural fragility. Our cities were mainly formed with private resources, frequently originated from the individual effort of millions of citizens whom, without the support of the State, built their own house. In the Brazilian urban development, over 70% of each city was built spontaneously, without any planning or project and lacking infrastructure. Those were years of fragile participation of architecture in urban construction, having the profession, due to a distorted comprehension of its real objectives, been restricted to works of exception. Architecture wasn’t being seen as a solution instrument for society’s real demands.

In 2012, the Conselho de Arquitetura e Urbanismo – CAU (Architecture and Urbanism Council) was created, entity that regulates and supervises the profession, as a result of 50 years of struggle of all Brazilian architects. A still boosted economy and independently regulated profession are the defining marks of 2013. The consciousness of this moment’s historic importance was IABsp’s motivation to take on the challenge of organizing the X São Paulo Architecture Biennial.
IABsp’s goal with the biennial’s tenth edition is to resume the path of architecture’s real participation in the production of Brazilian space and make it so its contribution to the serious problems that society faces is possible.

With this goal in mind, for the curator of the X São Paulo Architecture Biennial, IABsp’s administration sought a team who was aligned with its convictions in what regards the comprehension of the roll of architecture and its insertion in the Brazilian cultural scene. The professional appointed by IABsp’s administration was Guilherme Wisnik, who shared the curatorship with the architects Ana Luiza Nobre and Ligia Nobre. The invitation made to arte3 to take on the executive production of the project and, with IAB, coordinate the management in all of its complexity was positive and it deserves special thanks and note.

The enablement of life in our cities is the challenge faced by architecture. Far from an instrument of individual idiosyncrasies, it is an element that makes quality of life possible. This is the hypothesis of this biennial: the realization of a qualification process of our cities’ construction that begins with the critical confrontation of the urban processes, particularly related to the use of the city by all of the population. “City: Ways of Making, Ways of Using”: this was the title chosen by the team of curators for the group of exhibitions, debates and seminars.

Displaying and discussing the different ways to use/make the city, the X São Paulo Architecture Biennial brings to the surface issues such as mobility, density, enablement of the public space and urban infrastructure. On these axes, the exhibition is organized and proposes a reflection to the citizens, making instruments of analysis available so that each person can think about how to use, and therefore, make a better city. During the visit to the network of exhibitions throughout the city, the public has the live experience of a city structured on collective transportation.

The Networked Biennial was made possible thanks to the involvement of many people and institutions, fundamental parts of the construction and consolidation of an integrated ensemble, from an urban and cultural perspective. We would like to thank all co-realizers, sponsors, institutional co-realizers and supporters who made the X São Paulo Architecture Biennial a reality.